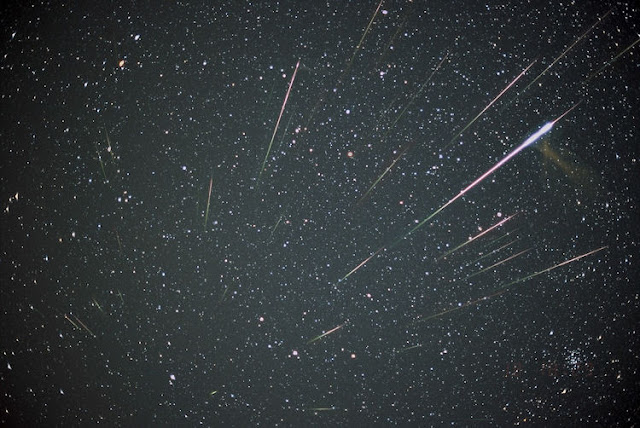 The annual Leonid meteor shower will peak this weekend, according to Space.com. Named after the location of their radiant in the constellation Leo, The Leonids occur every year around November 18, resulting from the comet Tempel-Tuttle. Leonid is considered to be among the most spectacular of all meteor showers. A great Leonids storm in 1833 have had a major effect on the development of the scientific meteor study which had previously been mistakenly thought to be an "atmospheric phenomena". This year is also the 45th anniversary of the Great Leonid Meteor Storm of 1966 which took place over central and western North America.

Above is a composition of 33 Leonids captured by Koen Miskotte during the night of Nov. 18 to 19, 2001. For more annual meteor showers check out this list of 7 Major Meteor Showers You Can Expect Each Year. Image via Space.com
Posted by CultCase at Saturday, November 17, 2012 No comments: Links to this post