Twitter: From 0 to 200 Million Tweets a Day in 5 Years [Infographic]

Love Infographics? Here is a new one we think you should check out: created by visual.ly, a start-up company specializing in machine generated data visualizations, the neat infographic below plots out "key milestones" on Twitter's path to 200 million tweets a day. Cheers, Twitter!

Posted by CultCase at Monday, July 18, 2011 No comments: Links to this post 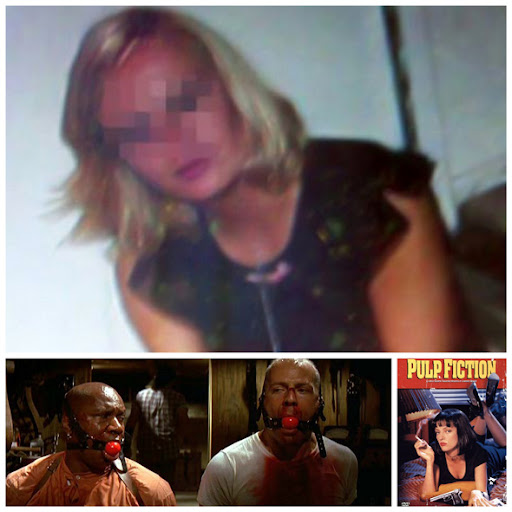 Planning to rob any Russian hair salons in the near future? Better make sure the owners are not Pulp Fiction fans with a black belt in Karate, first. Viktor Jasinski (32) who tried doing just that ended up as a sex victim after the female shop owner Olga Zajac (28, shown above at the top) overpowered him with a single kick and decided to 'teach him a lesson'.

Then, in a nearly perfect remake of the famous 'gimp scene' in Tarantino's 1994 Pulp Fiction (starring Ving Rhames and Bruce Willis, need a reminder? check the video below) the lady dragged the semi-conscious kicked 'robber' to a back room of her salon and stripped him naked. She then tied him up 'to a radiator' using a 'hair dryer cable' and used him as a sex slave while force feeding him Viagra to 'keep the lesson going'.

According to the local police the above procedure went on for 3 consecutive days, until the would-be robber was eventually released with Zajak saying 'he had learned his lesson'. We're pretty sure that he did. Anyways, both Jasinski and Zajac have now been arrested. More details? Read the full story here

Posted by CultCase at Sunday, July 17, 2011 No comments: Links to this post 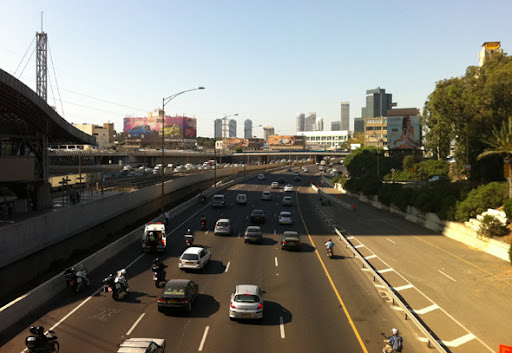 Just a random shot taken from Hashalom interchange, right above the Ayalon Highway in Tel Aviv. Take a closer look below. 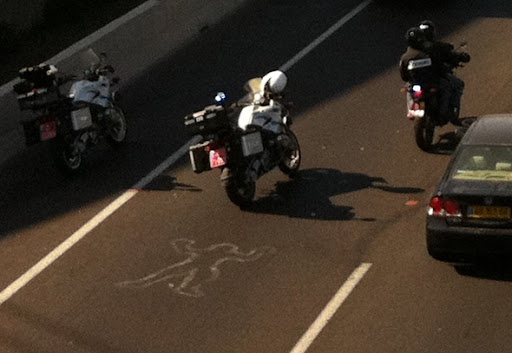 Posted by CultCase at Sunday, July 10, 2011 No comments: Links to this post