This My Heart: How to Blend Native American and Zen Buddhist Wisdom with Modern Painting and Video-Art 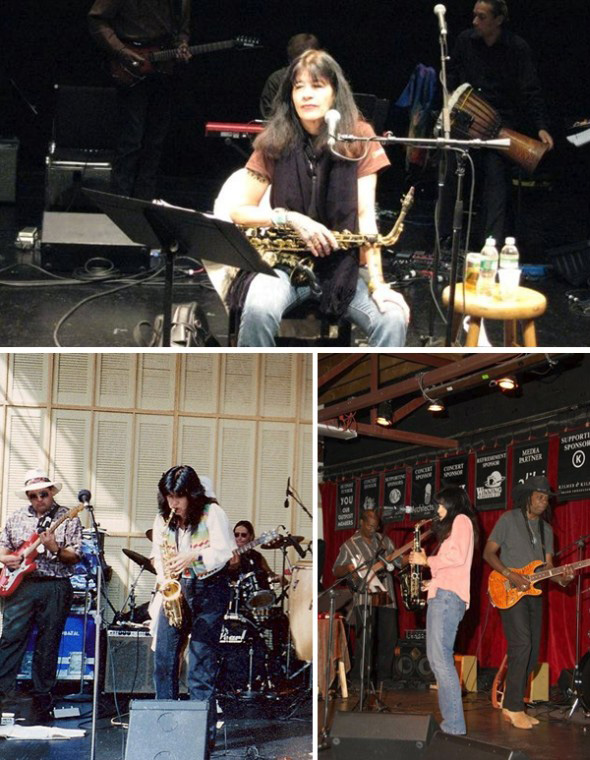 It blends Native American and Zen Buddhist wisdom with modern painting and video-art in a most fantastic mix. It illustrates a thrilling song - written and performed by Joy Harjo - with the modern paintings of an intriguing artist Tim Williams. Since today, This My Heart of Harjo's latest album Winding Through the Milky Way is also a video-art by founder of independent music community Project Bluebird as well as a song writer and singer Nancy Pontius. We really think you should check this one out:

Joy Harjo, shown in the above photo montage, is a Tulsa-born American poet, musician, and author of Native American ancestry. She has edited literary journals, written poems, authored screenplays and performed tenor saxophone with the band Poetic Justice and has recently been named by the United States Artists Rasmuson Fellows to receive a (nice!) $50K grant in recognition of her cultural contributions. Winding Through the Milky Way is, in Harjo's words "a little road music to accompany us as we make the timeless journey between Earth and Skyis" and available for listening here. Check on this recent video Interview with Harjo about Winding Through the Milky Way. 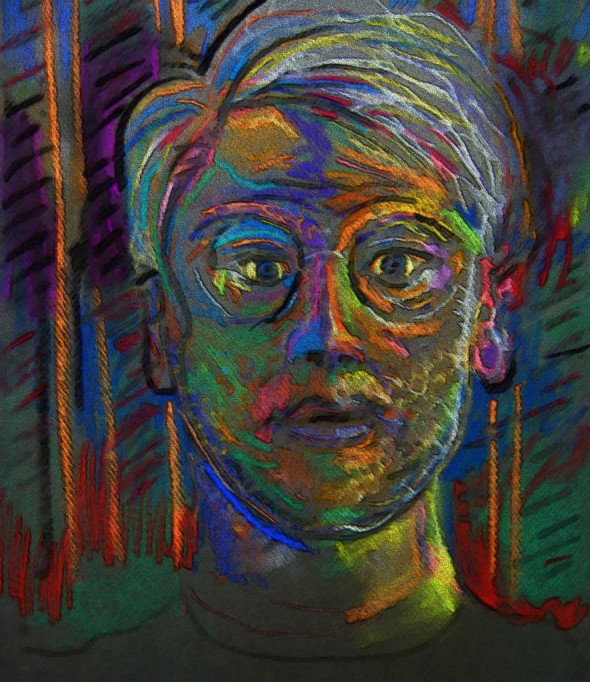 Tim Williams is an American artist and bookseller from Missouri, USA. Also known as 'shitao' on social media platforms Stumbleupon and Flickr, and similar to Pontius and Harjo, Williams has made the Internet his gallery and uses it to extensively share his paintings and river photography with all of us. We just love it when an artist does that. The original Shitao, in case you wonder, was an (important) late 17th century Chinese painter. Shown above: Self-portrait 2006 by Shitao (the living one).

For more about Joy Harjo see her official website here and MySpace here. For more amazing art by Tim Williams including paintings, photographs and what he refers to as "digital constructions" see shitao on Flickr and StumbleUpon. For more about Project Bluebird and Nancy Pontius see MyIndiRadio and ProjectBluebird on YouTube.
Posted by CultCase at Thursday, December 25, 2008 1 comment: Links to this post

SpY: Urban Furniture and Art Interventions to Break the Automate Inertia of The Dweller 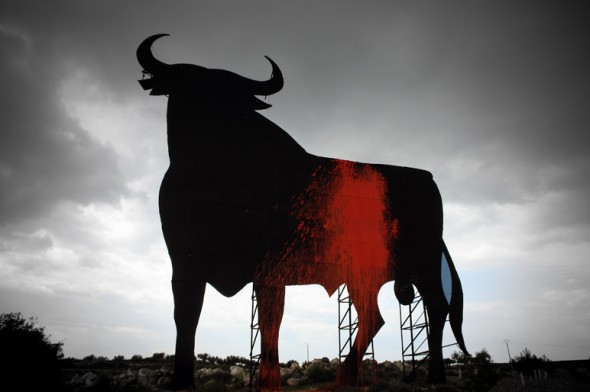 He replicates urban elements, transforms them into something else and then installs them in the streets. Sharpened by his skills and experience as an acclaimed graffiti artist in Madrid, Spain the urban sculpturing of artist SpY takes a somewhat weird though definitely unique point of view at modern urban environments. Active since the mid 80s, SpY was already experimenting with large posters and modified billboards for more than a decade before coming up with what what he now refers to as Urban Furniture and Urban art Interventions. 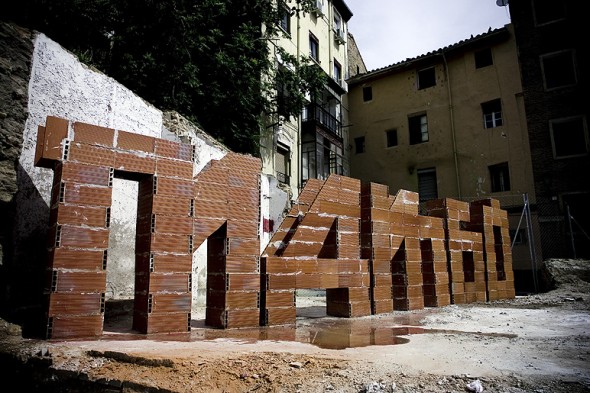 Above: Bricks, Urban Furniture project min the city of Zaragoza for the Segundo Asalto event as a part of the En la Frontera culture festival in Spain. Below: Coloring Intervention project titled Ramp. 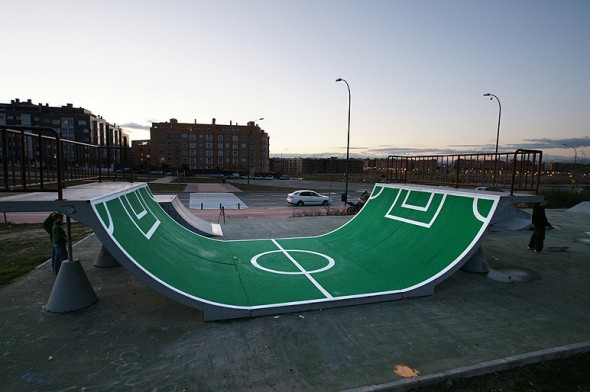 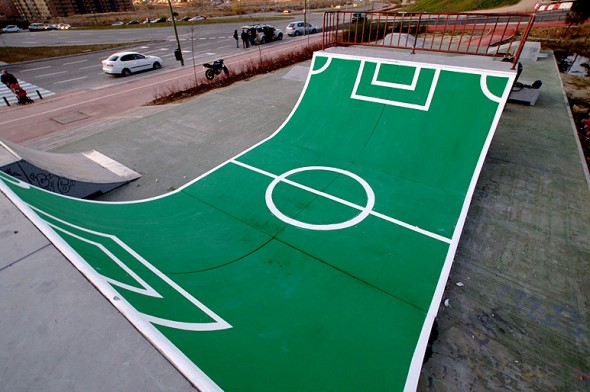 According to SpY's site, his work:

"...want to be a break in the automate-like inertia of the urban dweller. Bits of thought that hide in a corner for whoever wants to let himself be surprised. Full of both irony and a positive sense of humor, they appear to inspire a smile, a thought, to help a conscience a little bit more lucid." 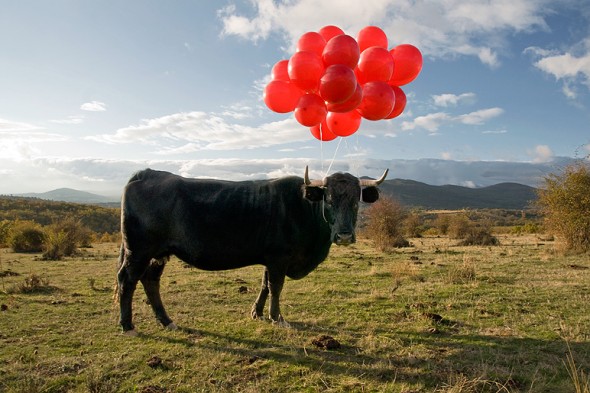 Above: Intervention project titled Cow. Below: Fresh paint. We can see some humor here, all right. Just wonder about the the lawful owner of the vehicle. 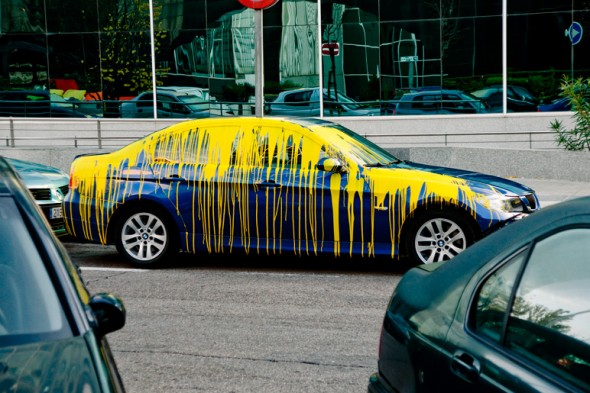 For questions and inquiries please refer to http://www.spy.org.es

Posted by CultCase at Tuesday, December 16, 2008 No comments: Links to this post

How To Protect Yourself from Sandwich Pirates 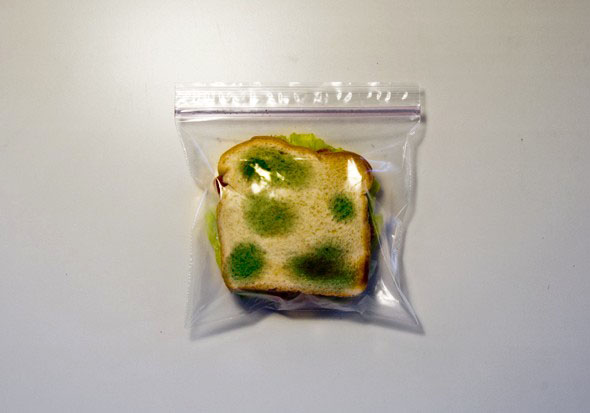 With a nice looking well-made sandwich, some folks at the office might be shameless enough to, well... pirate it as a pre-lunch snack. 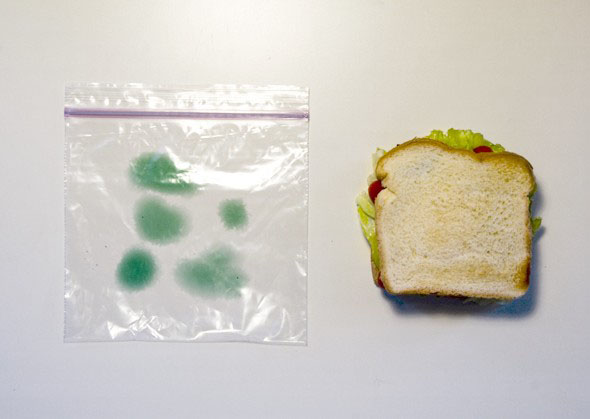 The above photos of a simple reuse solution in the form of a plastic bag arrived by email from a dedicated CultCase fan named Avi. P.S. please do not share this with any known sandwich pirates.
Posted by CultCase at Wednesday, December 03, 2008 4 comments: Links to this post